"You never listen to what I say."

Do these types of statements sound familiar?

All are examples of criticism.

You might not like being critical towards your partner, but it's a natural response to feeling ignored. It's a form of self-protection.

You're fed up with your partner ignoring your needs. You're angry that your partner meets your requests with walls of silence. Or, even worse, they acknowledge what you say and then stubbornly continue as if you'd never spoken.

You've asked nicely so many times that you've now lost patience. Your gentle requests have developed an edge.

At one time, you might have asked tactfully, but today your words are full of scorn. You can't help but call the offender "lazy," "ignorant," or "incapable of change."

Criticism is not the best way to communicate with your partner.

It won't solve your relationship difficulties.

Your criticism may be an understandable response to feeling hurt, but it's now doing more harm than good.

You need to learn what to do instead — as a matter of fact, doing so is essential to improve your relationship.

When you become less critical, conflicts that escalate out of control or descend into a pattern of tit for tat will decrease.

You'll start to remember why you fell in love with your partner again.

And you'll start to once more feel comfortable sharing your life with them. 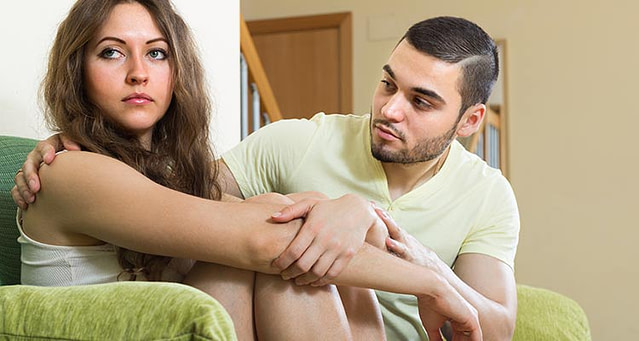 The Value of Criticism

No matter how well you get on with your partner, there will always be some differences. You can't expect to live with someone without your desires and habits occasionally conflicting.

You might not want to talk about these differences. You might feel it's better to be quiet, so you keep your anger locked up inside.

Until one day, in a heated conversation, the resentment spills out.

In this situation, your criticism is a way of expressing the pain you've built up.

Criticism can also be a response to feeling your partner is saying something unfair. They're hurting your feelings. They're being hypocritical.

So, to ward off these feelings of unfairness, you answer with an accusation of your own.

Another reason for criticism is that since something feels off in this relationship, there must be someone who's the cause.

You start blaming your partner.

When your partner continues to do the activities that upset you, eventually, you begin to see their character as defective.

Ever notice how you start a conversation with good intentions, but halfway through, you're hurling accusations?

When your partner doesn't meet your needs in a relationship, you might feel you've no choice but to act harshly.

Your thinking goes like this: "If I display my anger, maybe my partner will understand how much they're hurting me."

We've all done it.

The problem starts when criticism becomes a habit.

When this happens, it starts to chip away at the positivity in your relationship and leads to more destructive relationship habits.

Your relationship can enter a negative spiral.

But if you or your partner are critical of each other, it's not too late to stop the downward spiral.

All you need to do is tweak your approach.

Why Complaining is a Better Option

Since differences in a relationship are inevitable, you need to learn to handle them effectively.

That means learning to complain constructively.

When you complain well, you focus your attention on a specific issue. You don't attack your partner's personality or character.

Can you spot the difference between these two sentences?

Criticism: "You never think to call to say you'll be late. You always ignore my feelings. I don't believe you forgot. I think you're selfish!"

Complaint: "I was scared when you were late today and didn't call me. It could be my mistake, but I thought we'd agreed that we would call each other. I'm wondering if we could do that in the future?"

In the first example, you're criticizing your partner's personality — words like 'always' and 'never' imply that they have a dangerous personality flaw.

Critical words such as these can have a crushing effect on the receiver. They feel bruised, assaulted, and rejected.

They're likely to get defensive and respond with an attack of their own. Alternatively, they get so emotional they shut down and leave the conversation.

The second example is a complaint. A complaint addresses a specific behavior or action.

A complaint doesn't blame the other person and instead talks about your feelings. In the example above, the complainer admits to being scared. Finally, a complaint asks for what you need positively.

1. "When I come home from work and see the dishes aren't washed…" – specific to a time and place.

2. "…I feel angry and disappointed…" – talking about how you feel.

3. "…and I'm wondering if you could make a bit more effort while I'm at work?" – asking for what you want positively.

Remember: behind every complaint lies a longing. You need to be vulnerable and express that need.

A Healthier Way to Get What You Want

When you notice and label criticism in your relationship and start to constructively complain instead, you'll see a significant improvement in the quality of your conversations.

By complaining positively, you're making your needs clear. You're being respectful and assertive.

And you're giving your partner the chance to make amends.

By changing a criticism such as:

"Come on. We're going to be late! Are you just being slow on purpose?"

"Hey, we're running late. It's crucial to me that we get there on time."

You'll be giving your partner the space to apologise.

Instead of attacking and immediately putting your partner on the defensive, you'll connect with your partner. You'll start to communicate productively.

Complaining will allow your partner to understand you better and get more of your needs met.

This approach can  change your relationship. Rather than telling a story full of unhappiness, resentment, and blame, you can form a strong foundation of trust, respect, and loving support — even when you disagree or make mistakes.

Time to Change Your Habits

Habits form over time and are hard to change.

Negativity can pile up in a relationship. The intensity of conflict can make spotting and halting criticism difficult.

A good starting place is to notice when you're critical. If you don't know you're doing something, then you'll never be able to change.

If you struggle in the heat of the moment, try changing your criticism to complaints in low-intensity disagreements. Consider it practice.

Think about what emotions you're feeling and share them with your partner. Ask yourself what you need and share that too. And be specific to the situation.

If you do this, you may be surprised by the improvement of responses you elicit from your partner. You may experience a change in the quality of your mutual understanding.

If your partner is critical of you, try not to react — model good behaviours by asking questions to find out the need behind their complaint. You may disagree with their perspective, but can you understand the pain they're in?

"You never listen to what I say."

For too long now, you've had too much criticism in your relationship.

You've been arguing, and the conflict never gets resolved. You've started to think your partner is flawed in some critical ways.

It's time to stop.

It's time to turn your criticism into complaints.

It won't be easy.

You'll remember why you fell in love with your partner again.

And you'll reignite the close feelings and intimacy.

accredited with the national counselling society

I provide in-person and online counselling

How to Let Go of Anger: An Ultimate Guide

How to Let Go of Anger: An Ultimate Guide