The Latest Research on Anxiety 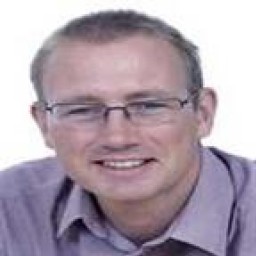 Anxiety is a global public health concern. About 1 in 13 people across the world will suffer from an anxiety disorder at any particular time. Anxiety is a normal reaction to stressful life occurrences.

Triggers of anxiety include social gatherings, financial troubles, changing a job or moving. Individuals suffering from anxiety are often disabled and impaired. They are also likely to abuse drugs and commit suicide.

Research on anxiety is still behind as compared to other mental health illnesses. But, international researchers are making new discoveries about anxiety every day.

In this article, you are going to gain insights on the latest anxiety research and studies. Please keep reading.

For long, scientists have suspected that there is a link between anxiety disorders and altered brain circuitry. Fortunately, they have now established the link.

A team of researchers from Columbia University has discovered brain cells linked with anxiety in mice. The scientists used a mouse model. They revealed that the cells in the hippocampus could communicate with the hypothalamus.

Hippocampus is an area of the brain involved with memory. According to the research, the cells alerted the mice to keep away from a dangerous situation.

The scientists placed mice in a maze where certain pathways led to open areas. Mice fear open areas. They observed the activity of the brain cells in the hippocampal region. Their aim was to find out which cells got fired.

They noted that the hippocampus has many cells that can control anxiety. According to the researchers, the cells also play a big role in inborn anxious behavior. They were successful in controlling the activity of the anxiety rich region.

They used a technique called optogenetics. This technique controls cells in a living tissue by using light. The researchers turned up the activity of the cells in the hippocampus. They noted that the mice became anxious. The activity also led to increased avoidance.

But, the mice became less anxious when they turned down the activity of the cells. The mice explored the open areas of the maze more. This research was insightful. It has created awareness on the causes and treatments of anxiety disorders.

According to a new study, chronic sleep deprivation can lead to anxiety disorders. If you have insomnia, you are more likely to develop an anxiety disorder. Lack of sleep makes the brain spin with anxiety.

Researchers put forth a new discovery at the annual Society for Neuroscience. They suggested that poor sleep could make you feel anxious the following morning. Also, sleep deprivation can also alter your brain’s patterns of activity.

When you have an anxiety disorder, you are less likely to sleep. Also, lack of sleep can provoke anxiety. According to Clifford Saper, this discovery has a two-way interaction.

Clifford was not involved in the research. He is a sleep researcher at Beth Israel Deaconess Medical Centre. He also works at Harvard Medical School. According to him, inability to sleep tends to make anxiety worse, thus making it harder to sleep.

Matthew Walker and Eti Ben have also contributed to this study. They are sleep researchers from the University of California, Berkeley. They conducted a study on anxiety levels of 18 healthy people.

The 18 participants were a group of people who had either slept well or failed to sleep at night. They went through anxiety tests in the morning and evening.

The researchers discovered that sleep deprivation led to an increase of anxiety levels. This was an observation among the 18-healthy participants. Anxiety levels had increased by 30% than when the participants had slept.

Their anxiety scores were like those of people with anxiety disorders. There was also a change in the brain activity of sleep-deprived individuals. After watching emotional videos, brain activity was high in areas involved with emotions.

The researchers used functional MRI. It revealed that the medial prefrontal cortex was the least active. The prefrontal cortex has the ability to reduce anxiety. According to the findings of the research, sleeplessness is not only a symptom of anxiety. It also causes anxiety.

If you are shy, alcohol is likely to ease your anxiety. But, a new study suggests that shyness increases your risk of hangxiety. Your hangxiety is likely to be higher than that of your extroverted friends. Hangxiety is anxiety associated with hangover.

The study involved 100 social drinkers. The participants had either high or low levels of shyness. The study revealed that consuming six units of alcohol reduced anxiety in very shy people. But, anxiety among shy participants was quite high the following morning.

The research showed a strong link between hangxiety and higher scores on AUDIT test. AUDIT test is a test that measures alcohol use disorder in very shy people.

The study suggests that hangxiety could also increase your risk of abusing alcohol. Beth Marsh, an author of UCL, says that alcohol use is decreasing, but 600,000 people in UK are dependent drinkers.

The study suggests that it is okay to be quiet. Shyness is a positive trait. The testing of participants took place in their homes. The test was random and participants were to either drink or stay sober.

The researchers were able to take baseline measures of shyness, social anxiety and alcohol use disorder. The study measured anxiety levels in the evening and in the following morning.

Research is ongoing in the field of anxiety. However, this article has reviewed some of the latest developments about anxiety. They include hangxiety, anxiety cells in the brain, and sleep-related anxiety. if you need help with anxiety or are in need of some counselling, get in contact today and see how we can help.

About Therapy, How To Be Happy